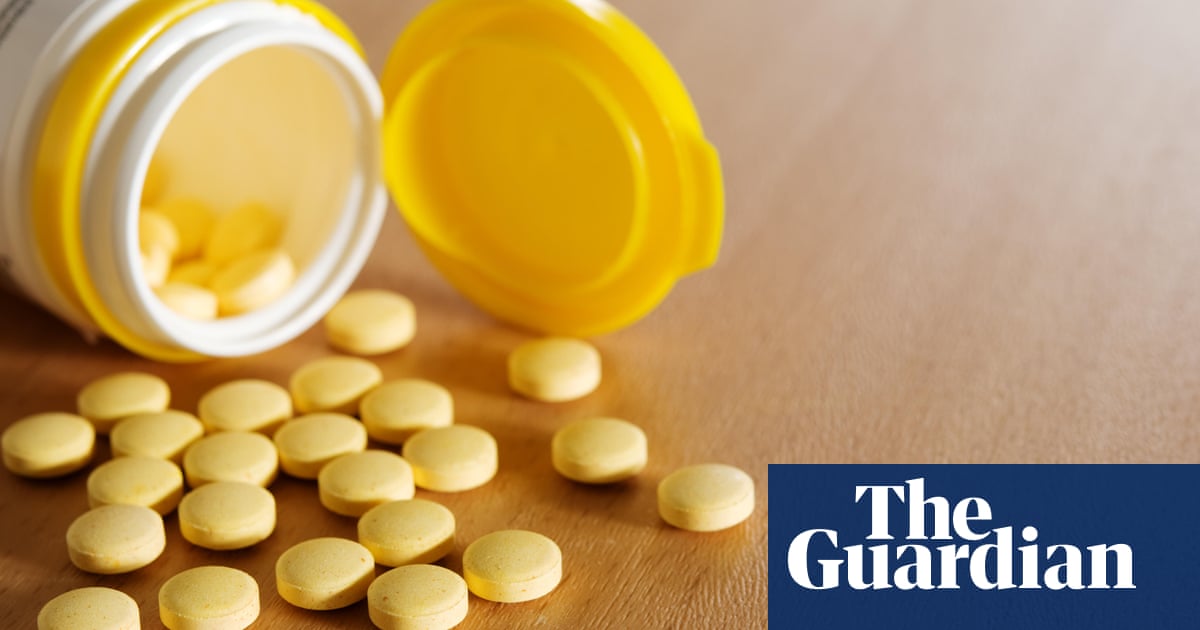 The number of patients being admitted to hospital with severe liver injuries caused by herbal and dietary supplements claiming to promote muscle growth or weight loss is increasing, with some people harmed so severely they required a liver transplant.
A study led by Dr Emily Nash from the Royal Prince Alfred hospital examined hospital records of 184 adults admitted to the AW Morrow Gastroenterology and Liver Centre with drug-induced liver injury between 2009 and 2020. She and her co-authors found liver injury cases linked to herbal and dietary supplements increased from two out of 11 patients (15%) during 2009–11, to 10 out of 19 patients (47%) during 2018–20.

Liver injury from overdose from paracetamol, a widely used medication to treat fever and pain, and antibiotics, is common, and the authors found 115 patients with paracetamol-related drug-induced liver injury during the study period. Of the 69 with non-paracetamol liver injury, 19 cases involved antibiotics, 15 involved herbal and dietary supplements, and the rest involved anti-tuberculosis or anti-cancer medications.
Transplant-free survival was also worse for non-paracetamol liver injury, the study, published in the Medical Journal of Australia on Monday, found. A co-author of the paper, specialist transplant hepatologist Dr Ken Liu, said he felt compelled to conduct the study because he was noticing more patients with liver injuries from drugs not typically associated with liver harm.
“I was starting to see injury in patients admitted with liver injury after using bodybuilding supplements for males or weight loss supplements in females,” he said. “I just decided I better do a study on it to see if my hunch that more of these substances were causing these injuries was true.”
Liu and his colleagues said there needed to be more rigorous regulatory oversight for supplements and other alternative and natural therapies. They also noticed almost half the patients with supplement-induced severe liver injury had non-European ethnic backgrounds. Liu said more culturally appropriate community education about the risks of supplements was needed.
Dr Ken Harvey, public health physician and president of Friends of Science in Medicine, said it was important to note that Liu’s study only examined the most severe cases of supplement-induced liver harm and that the actual rate of harm was likely much higher.
“The study only examines severe cases admitted to a specialised liver unit; they cannot be extrapolated to the overall incidence of complementary medicine associated liver injury in Australia,” Harvey said.
In 2018, the drugs regulator, the Therapeutic Goods Administration (TGA), introduced the Therapeutic Goods (Permissible Indications) Determination. Manufacturers of complementary medicines could no longer make up their own list of benefits associated with their products, known as “indications”, but had to choose from a TGA-approved list.
“However, the natural and complementary therapy industry was allowed to create the list,” Harvey said. “This resulted in 86% of 1,021 permissible indications being justified by ‘traditional’ rather than ‘scientific’ evidence. This effectively removed the need for complementary medicines to have a scientific evidence base. Not surprisingly, the number of listed medicines claiming traditional use and containing herbal ingredients has increased.”
There is no pre-market evaluation by the TGA, Harvey said, and limited post-marketing surveillance shows a high level of regulatory non-compliance.
“In addition, as the authors of the MJA paper point out, herbal and dietary supplements purchased online from overseas evade any Australian regulatory oversight,” Harvey said.
“A low-risk product does not mean there is no risk. The TGA should conduct more post-marketing surveillance on listed products, especially Chinese traditional and Ayurveda medicines that have been associated with adverse events, contamination and adulteration. They should also publicise their findings.”
The Royal Australian College of General Practitioners, Choice, Friends of Science in Medicine and others have called for an educational statement on the pack and promotional material of medicines making traditional claims, for example saying “This product is based on traditional beliefs and not modern scientific evidence”.
“This was opposed by industry and the TGA,” Harvey said. “But is still needed.”

HOW I GREW MY BOOTY | 5 tips to grow your glutes!

10 Best Things to do During Every Workout