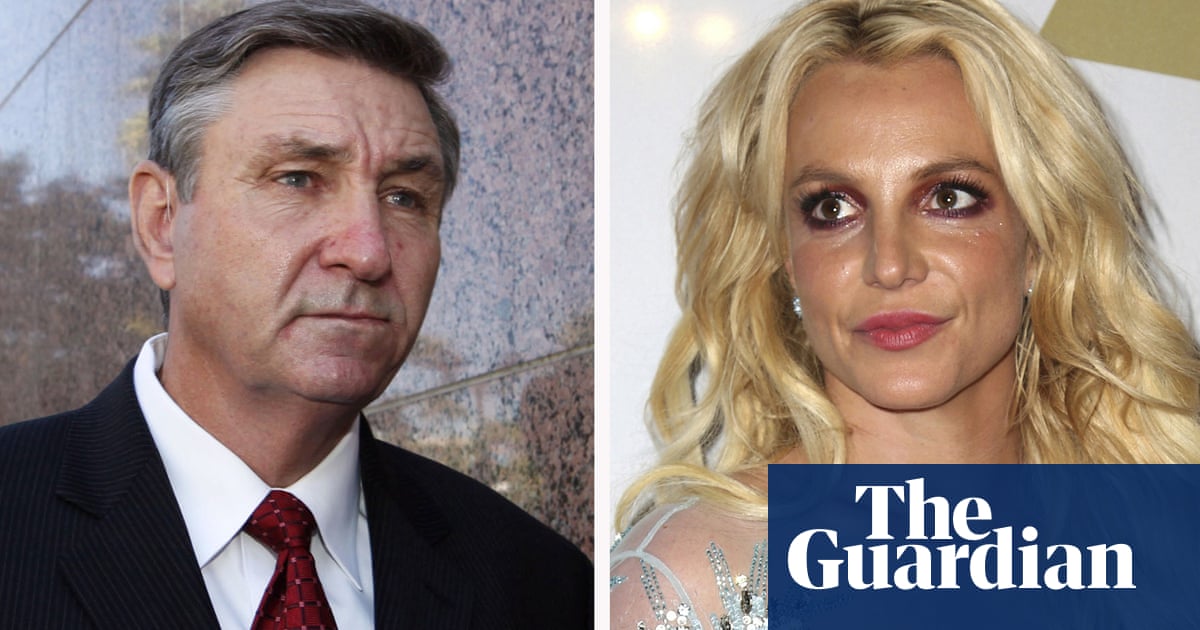 Britney Spears’ new attorney has accused her father of trying to get about $2m in payments before stepping down from the conservatorship that controls her life and money, a move likened to extortion in a court filing.
The document filed by lawyer Mathew Rosengart on Tuesday argues the upcoming scheduled accounting of the conservatorship, which Jamie Spears says he wants completed before he steps down, will mean significant payments for him.

“Britney Spears will not be extorted,” the filing says. “Mr Spears’s blatant attempt to barter suspension and removal in exchange for approximately $2 million in payments, on top of the millions already reaped from Ms Spears’s estate by Mr Spears and his associates, is a non-starter.”
A representative for Jamie Spears did not immediately respond to a request for comment, although Spears has previously denied wrongdoing and defended his handling of his daughter’s financial affairs.
The filing is a supplement to Rosengart’s July petition on Britney Spears’ behalf for the removal and suspension of Jamie Spears, which will be addressed at a 29 September hearing.
In his response, Jamie Spears revealed that he had already been planning to step down from his daughter’s conservatorship, which he has controlled at least in part since it was established in 2008.
But Jamie Spears offered no timetable for his departure, saying it would come only after several lingering issues, including the next accounting, are resolved.
Jamie Spears said he would fight any attempt to force him out, that there were no grounds for doing so, and that he has always only acted in his daughter’s best interest.
Rosengart’s latest filing contends that while there is plenty of misconduct to address, it is not yet the issue.
“The only question before the court – which has, unfortunately, been lost for years – is whether Mr Spears’ prompt suspension and removal are in best the interests of Britney Spears,” the filing says, later adding that “the unequivocal answer is yes.”
Since 2019, Jamie Spears has controlled only his daughter’s finances, after stepping down as the overseer of her personal life.
He was nevertheless the target of much of his daughter’s ire in a pair of speeches before the court in June and July, in which she called the conservatorship “abusive”.
Spears said she had been required to use an intrauterine device for birth control, take medications against her will and prevented from getting married, having another child or even riding in her boyfriend’s car unsupervised.
“This conservatorship is doing me way more harm than good,” the 39-year-old Spears said at the time. “I deserve to have a life.”
In an unrelated case, authorities in Ventura County are investigating an allegation of misdemeanour battery from a staff member who said Britney Spears struck her.
Rosengart called the incident “a manufactured ‘he said she said’ regarding a cellphone, with no striking and obviously no injury whatsoever.”

Fitness and Exercise-Finding the Right Program for You