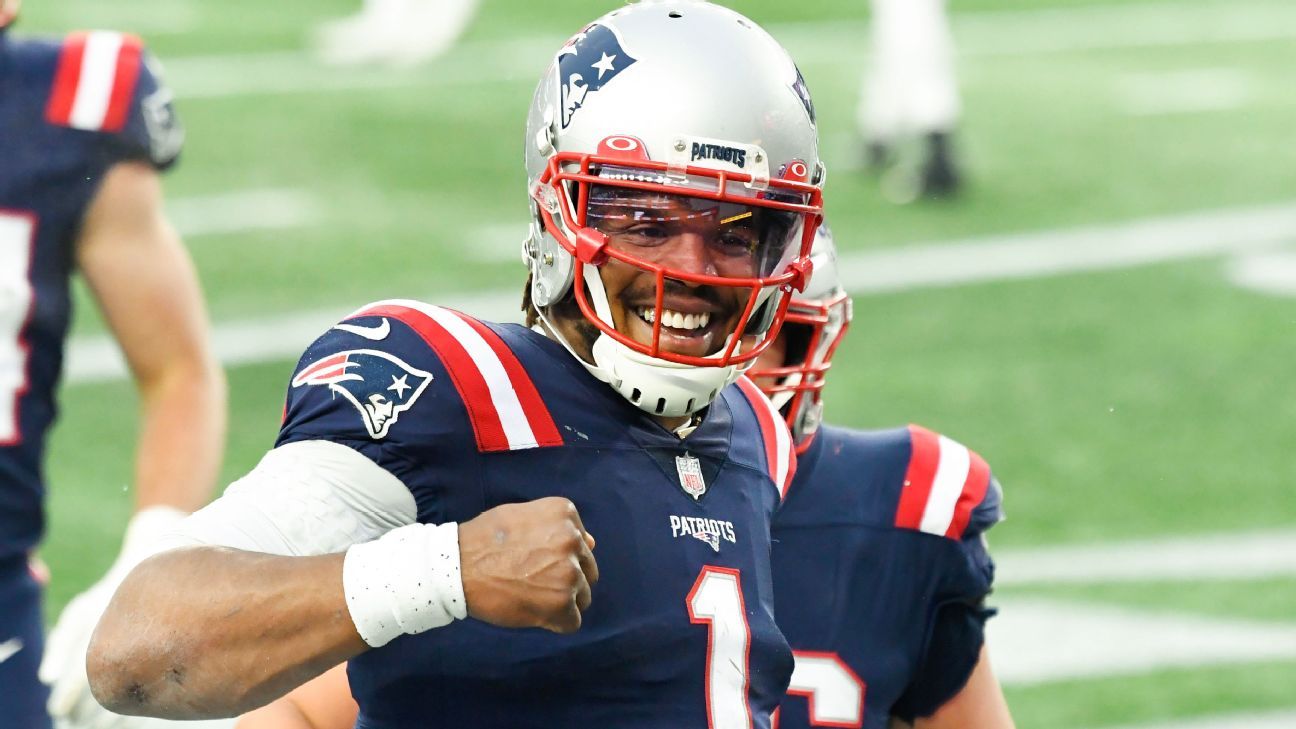 FOXBOROUGH, Mass. — Acknowledging that actions will speak louder than his words, New England Patriots quarterback Cam Newton said Thursday that he views the 2021 season as “put-up or shut-up time.”
Newton, who said he will be reporting for training camp July 22 in advance of the team’s first practice July 28, was a guest on ESPN Radio’s “Keyshawn, JWill & Zubin” show and noted that his performance in 2020 was “obviously not good enough.”
He expressed confidence that the 2021 season could be different, telling host Keyshawn Johnson that there’s a “different ‘Boogie’ going into this season than there was last year.”
In April, Patriots coach Bill Belichick said that Newton, 32, is the team’s quarterback. Belichick also left open the possibility that Newton could face competition from others, most notably from first-round pick Mac Jones.
Newton has noted in the past how he appreciates Belichick’s support, saying Thursday on “KJZ”: “For me, the Patriots’ organization has been impeccable … my time there has been everything I could have asked for. I guess it’s now time for me to uphold my end of the bargain, through and through.”
Newton added that having a full offseason in the team’s system should benefit him.
“I don’t want to get so caught up in promises and things like that, but I can guarantee you that there’s been a shift in comfort of knowing more. And I think that’s added value in itself,” he said.
Newton took all top repetitions in spring practices, but Jones also received plenty of work. Newton repeated Thursday that he believes Jones was the right pick for the Patriots, adding: “He’s came on into the locker room with a business approach, learning his teammates, understanding that ‘I have to raise my level of play from the collegiate level to the professional level.’ I’m here for him, as well as he’s here for me.”
Newton told “KJZ” that he views everything as competition, and also made the point that anything he said in the interview paled in importance to what is ahead.
“I’m just being honest with you. Me having this conversation in July is irrelevant. This is just going to be the click-bait for the next 24-to-48 hours — ‘This is how Cam feels.’ But truth be told, nothing is going to matter until July 22 [when reporting to the team],” he said.
“Then as training camp goes forward, everybody is going to start seeing, ‘What’s the work that’s been put in? Has he been in the playbook? Does he really understand? Is his comfort what he says it is? Is he in good shape? Is his shoulder holding up? Is his foot holding up?
“We play in a sport that is strictly based off the final product. And the final product is on game days. With that being said, it’s just going to come down to winning and losing.”