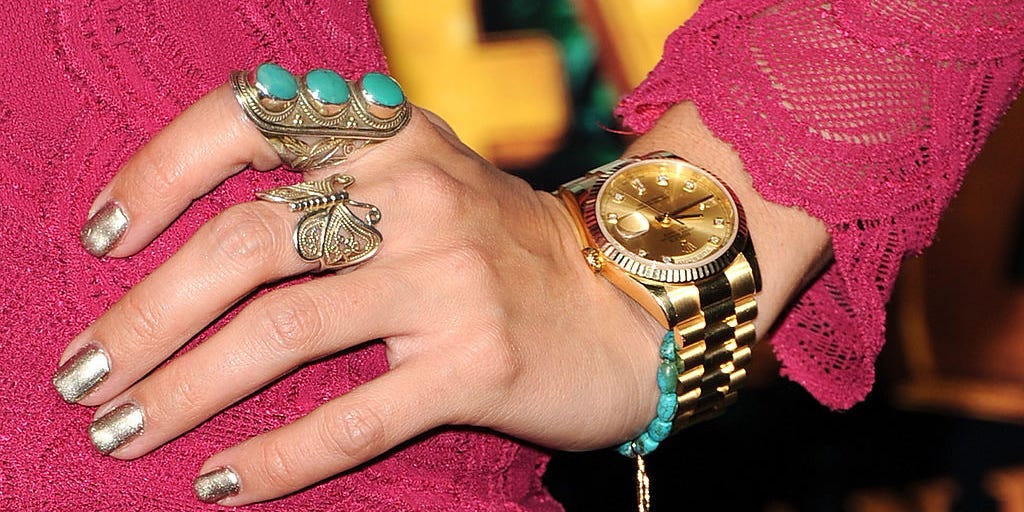 Rolex makes some of the world’s most popular watches, like the Daytona, Submariner, and classic Oyster.
The Swiss company is believed to make roughly 1 million per year, each one by hand.
New Rolexes can be hard to find for a buyer without an established relationship with an authorized distributor.

Semiconductor chips, used cars, Rolex watches: One of these things is not like the other.
Yes, people are having a hard time getting their hands on them; and yes, all are more expensive now than they were last year; but unlike the first two, the scarcity of Rolex is strategic.
While there may have briefly been a supply chain disruption for watchmakers at the peak of the coronavirus pandemic, Adam Golden of Menta Watches told Insider the issues in the past year are a mere blip compared with larger trends happening in the luxury watch market generally and with Rolex in particular.
“Rolex seems to have structured their business in such a way that they’re controlling distribution and who gets what, at a retail level,” he said. A decade ago most models were available on-demand from authorized dealers (ADs) of the brand, he explained.

Read more: A luxury watch designer who sells timepieces that cost $500,000 reveals how he got his start and his daily routine
On a recent trip to a shop in Florida, Golden said there was just one Rolex available to buy — a ladies’ Datejust that a customer had ordered and canceled.
In Houston, real estate investor Tyron McDaniel tweeted that he was unable to find a men’s Rolex and that many stores wouldn’t get new ones for another year and a half.
But Golden says watches are still flowing to the brand’s preferred ADs, and that the backlog is more illusion than reality. Rolex is generally believed to produce as many as a million watches per year.

“Rolex would like to perpetuate the image that there’s a shortage and that there’s such high demand that they can’t produce enough to satisfy the demand, but I think in reality it’s just very controlled release in order to keep that demand super high,” he said.
Rolex did not respond to Insider’s request for comment on this story.
Another result of this artificially constrained supply of new watches is the absolute explosion of prices on the resale market where some timepieces now command far higher prices used than they do at the retail counter.
For example, a steel Daytona is advertised on the Rolex website for $13,150, but over at Chrono24 the exact same watch is listed for more than $36,000. What other asset appreciates so instantly after purchase?

Rolex is by no means alone here, but it is a leading brand in the pre-owned watch market, which is expected to reach $29 to $32 billion in sales by 2025, according to a recent report from McKinsey.
“Rolex could probably do a number of things to fix the current situation and increase the supplies of these watches and dampen the secondary market,” Golden said. “But I think at this point they’re choosing not to, because it’s good business for them.”
Over on Twitter, one commenter recommended McDaniel take a look at the exquisitely hand-crafted mechanical timepieces made by German watchmaker Nomos Glashütte, whose most expensive model comes in at $21,500.
“Nice watch,” McDaniel replied, “but it’s not a Rolex.”